In January 2019, teampact had the honour of hosting a very experienced guest speaker during a coaching exchange. David Ward began his career in the Royal (British) Navy, and later pivoted into coaching the greatest managers of Wallstreet. He is now the Secretary General of the UNITECH International Society, an exchange programme between 9 universities and 17 corporate partners. It provides university students with one/two exchange semester(s) abroad for academic development, training events, coaches for personal development and a network of companies for professional development through internships.

The evening began in an informal circular seating arrangement with recollections of David’s past coaching experiences. The event participants were introduced to David’s difficult coaching situations and encouraged to find solutions for themselves before hearing how reality unfolded. The topic of how to coach people who don’t want to be coached sparked discussions within the audience. Several participants shared their experiences in situations where they were met by resistance from teams they were assigned to coach.

Other “horror stories” from the coaching world included the dilemma of personal integrity versus companies who simply want to market that they have coached their executives, without wanting change. Should one resign from a prestigious coaching position with a high salary or continue to hold coaching sessions knowing that it will not make a difference in the company’s mindset?

So many stories were told, questions were asked and discussions were conducted, that the coaching exchange continued more than an hour longer than scheduled. Teampact would like to sincerely thank David Ward for taking the time to share his experiences from the coaching world and for answering the countless questions that followed from the participants. 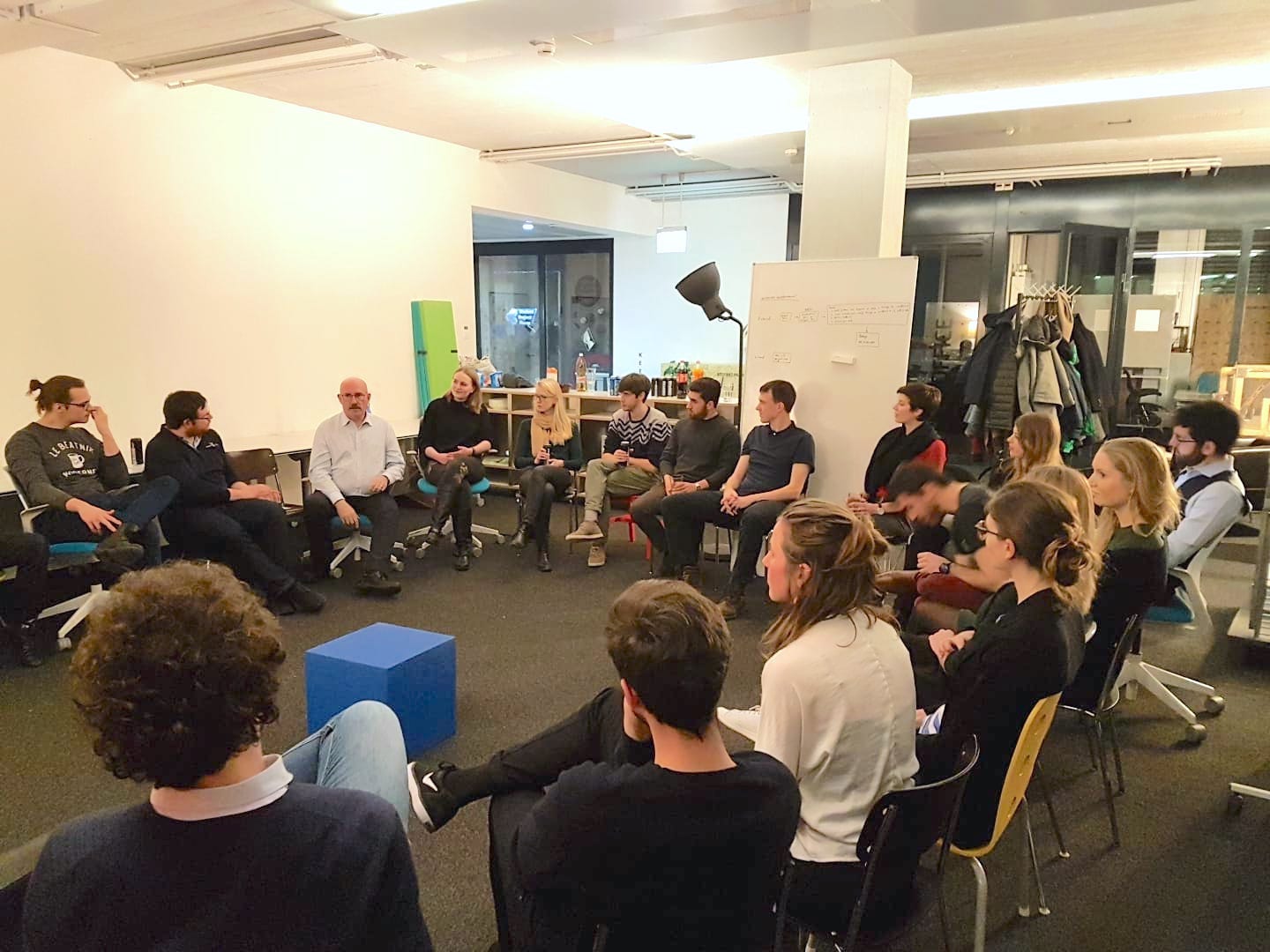 This event was organized by teampact with support of ETH‘s Critical Thinking Initiative.